The Rise of Vintage 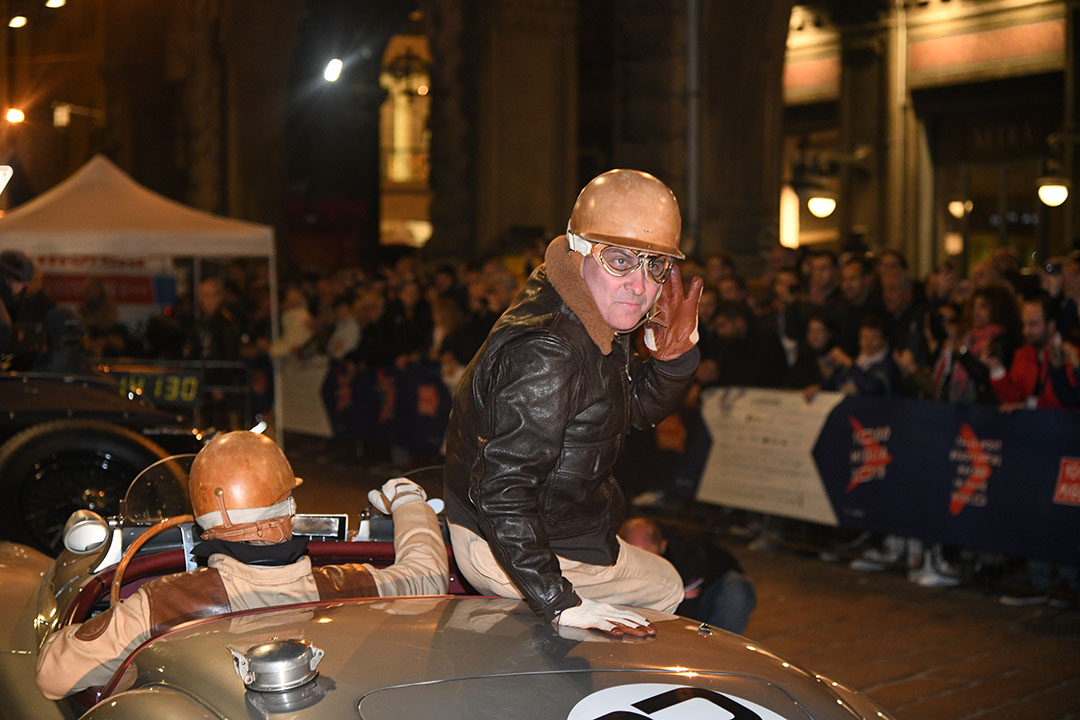 Today, passion for the past comes in many guises, whether it’s spending a weekend in a replica village dressed as a Viking, joining a Druid convention, or re-enacting battles in full armour. But that’s not quite what the vintage trend is all about.

Every year, this movement attracts new followers, emerging from every corner of the world to embrace all things vintage. Which is not just a celebration of a bygone era. It’s equally a recognition of the quality craftsmanship and skills of the past. There is something about this passion that seems to connect with people on a much larger scale, and we were curious to learn more.

Ever since cars were invented, people marvelled at them, admiring their beauty and performance. Motor racing has been around since 1895, in various forms. Today, the vintage racing world celebrates the achievements of motorsport pioneers, perhaps best encapsulated in the Mille Miglia, one of the most famous classic car rallies. The race of a thousand miles, from Brescia to Rome and back, first took place in 1927. In the 30 years that followed, it was an annual spectacle. The final race took place in 1957, following safety concerns. 20 years later, in 1977, the famous rally was reborn and has taken place every year since. It grew phenomenally during these 20 years, and today, it enjoys more visitors and attention than ever before. This celebration of classic and vintage cars not only draws huge crowds, but it has also become a significant commercial undertaking. The race attracts many classic car owners and celebrities. It’s the perfect occasion to polish up their beautiful machines and to show them off to the world while reliving the thrill original racing drivers must have felt.

While the Italians clearly dominated the medals, both from a driver’s and manufacturer’s point of view, most famously, in 1955, Sterling Moss and his co-driver and navigator Denis Jenkinson took the podium. It was the only time a British team won the race.

Today, only cars entered in the original 30-year life span of the race are allowed to enter. Standing on the podium is, of course, a privilege, but most drivers are not racing to win. They want to experience the essence and the nostalgia of the Mille Miglia, which is widely regarded as the most stunning race route in the world.

The popularity of vintage and classic cars is immense. These beautiful machines attract massive crowds all over the world, at car shows like the supremely popular Goodwood Revival, the only race meeting where participants and spectators dress in period costumes. Both the Mille Miglia and the Goodwood Revival create a unique atmosphere of stepping back in time.

Bow-tie and plus fours

Authentic period clothing also plays an important role in golf’s vintage movement – Hickory golf. Like vintage cars, Hickory golf is celebrating the origins of the game using Hickory clubs and playing in accordance with the rules from back in the day – complete with tweeds, bow-ties and plus fours.

Most of us obsess over the latest golf equipment hoping for better accuracy, extra forgiveness or distance from our clubs. Hickory golf takes a different approach. The original wooden-shafted clubs give the players a truly unique chance to experience the sport in the way that made the forefathers appreciate it. The unforgiving nature of the golf clubs challenges the player’s skill even more than the modern game. The simple trading-in of today’s state-of-the-art driver can give the player a fresh appreciation for a golf course played many times before. It certainly increases our respect for the players who pioneered the wonderful game.

Hickory golf enjoys a growing global following. The World Hickory Open Championship draws in players from over 13 countries to play some of Scotland’s most prestigious courses. Inaugurated in 2004, it continues as part of the festival of Hickory Golf and is said to be one of the sports’ most attended events. There is no better place than the Highlands, to experience golf in this rudimentary and original form. The unspoiled and rugged landscape emphasises what the players and the impressive crowds are seeking. With players and some spectators dressed in period clothing, this tournament offers a spectacle to be enjoyed by the whole family. As the sun rises over the highland hills and the players step out onto the first tee, you feel yourself transported back to the early 20th century.

It looks to me like Hickory golf is not only here to stay but to grow in popularity. Along with all of these vintage activities comes the need to keep the original equipment used in good working order. This requires skilled craftsmen and women to learn the trade from the very few people who still know how it’s done. Surely that alone is worth supporting the sport, as in my view it is always a real shame if these skills are lost.

Often described as a challenger activity to golf, cycling also celebrates its own vintage movement. Similar to classic cars, the beauty of a classic steel frame bike is appreciated by many. The Italians and the French were masters, and brands like Bianchi or Peugeot have featured in many races of the past. British cycling has seen its popularity grow steadily, but since the Olympic Games in London, the sport has virtually exploded. And with more people cycling to work, urban cycling has been growing equally fast. With that, cycling fashion has changed. Yes, there are the Lycra cyclists in their skin-tight jerseys and shorts, but many prefer a casual, stylish look which often is modelled on the clothing worn by cyclists in the 60s and 70s. Merino wool has been the fabric of choice for cyclists since back in the 1920s. A smart merino wool polo shirt is equally at home on a bicycle as it is in a meeting room in the city. At L’Eroica, which is probably the most famous of vintage cycling events, there isn’t a Lycra jersey in sight.

L’Eroica Gaiole is part of the global movement that celebrates vintage cycling, attracting tens of thousands of cyclists of all ages and from all around the world who gather on the beautiful mountainous landscapes of Italy. The cyclists that journey through the stunning but challenging routes of Gaiole in Chianti regard the event as a homage to the pioneers of the sport, in particular Eddy Merckx, Gino Bartali and Fausto Coppi, who faced the 209 kilometres with incredible tenacity and stamina. As the cyclists ride their vintage bikes along the winding gravel routes, they’re able to imagine exactly how it felt all those years ago and, unrestrained by all but a few rules, they’re captivated not just by the challenge they’re facing but also by a deep sense of adventure.

It comes as no surprise that more and more people flock to this event every year. Cycling through the richly diverse Italian countryside and stopping to sample the local cuisine, including its famous red wines, fresh bread and mouth-wateringly delicious olives is enough to persuade anyone to cycle the tracks. That’s just it, the sheer sense of freedom created by the inclusive experience is felt by the cyclists, as they find comfort in knowing they can go at their own pace, their preferred distance and experience as much culture as their heart desires. Whether it is the Mille Miglia, the Hickory Open or L’Eroica, they all share many common qualities. Of course, there is always a competitive element to these events, but unlike meetings and tournaments in modern sports, they all feel like celebrations rather than competitions. It explains why the atmosphere is infectiously happy and joyous for participants and spectators alike. Add delicious food and wine to this mix, and good times are guaranteed when celebrating all things vintage.