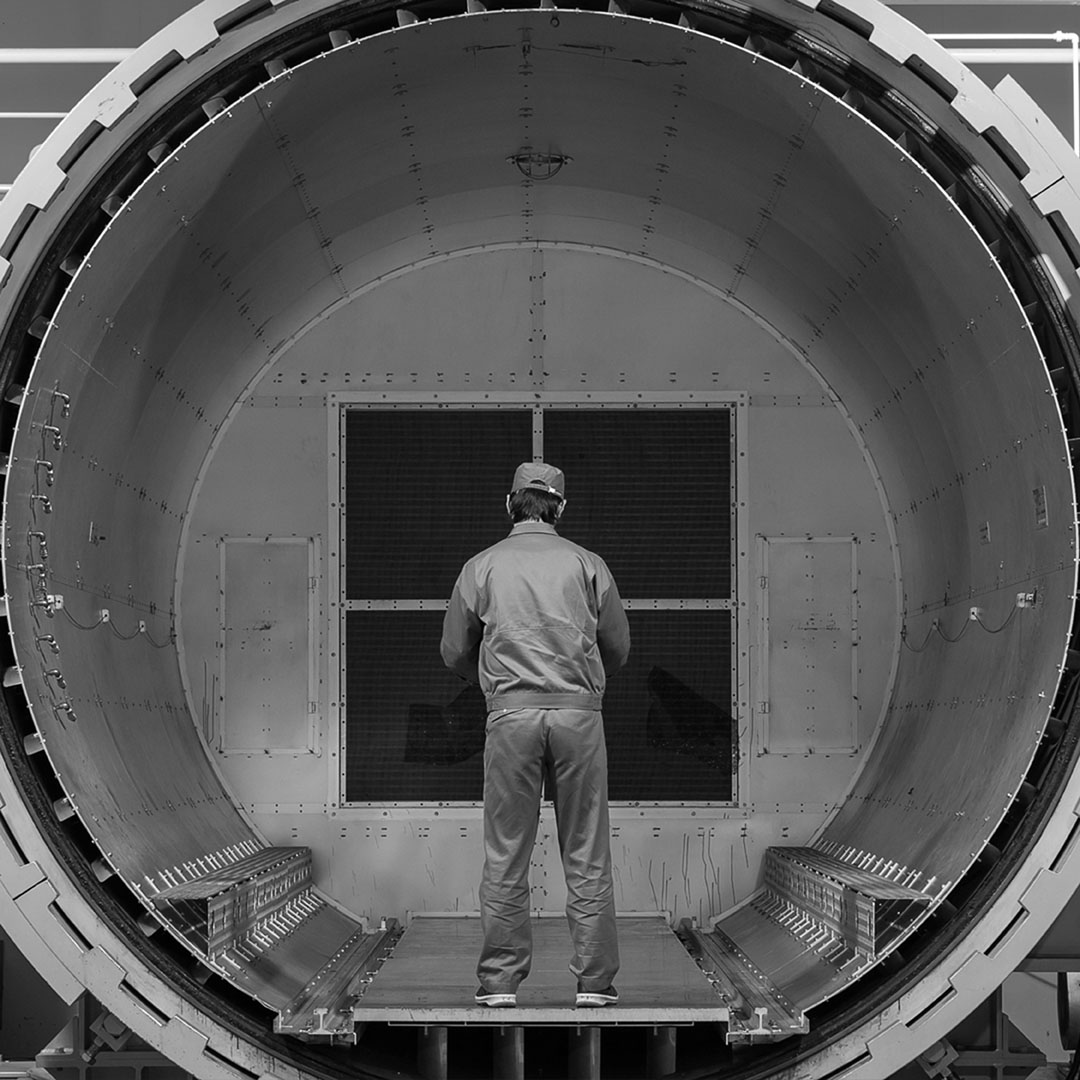 So much of modern golf, modern sports, modern life is rationalised and economised, then sold in bulk. But what would golf clubs be like if they weren’t mass produced, if budget constraints were not a factor?

There is a special saying in Japan: ‘yuiitsu muni’, which means to be one of a kind. In the sphere of golf equipment, manufacturing practicalities make it very difficult for companies to achieve any real sense of yuiitsu muni, although premium Japanese brands like Miura and Honma have come very close with their handmade clubs and smaller production volume.

Starting out in the 1950s, Katsuhiro Miura spent 20 years working for golf club and steel manufacturers in Japan, but he became increasingly frustrated with manufacturing constraints that prevented him from achieving any sense of yuiitsu muni.

“Mr Miura believed the forging process was fundamentally flawed and he saw a better way to do it,” says Bill Holowaty, chief operating officer of Miura Golf, which was founded in 1977. “He started his own company and developed proprietary manufacturing techniques to manipulate the grain structure within the clubhead to produce a denser soft carbon steel, which led to better feel and better performance.”

States Katsuhiro Miura: “Our desire was always to make something elegant and refined, to create something beautiful, with the highest degree of precision. Our irons must be built to last forever, that is most important.”

In 2019 the Miura offering is led by the CB-301 handmade forged irons, which were launched in January. Made in Miura’s factory in Himeji, these are the first fully-forged cavity-back irons from Miura in eight years.

The demand for ultra-high-end golf equipment in Japan has long been insatiable and, like Miura, Honma’s Japanese-made equipment is gradually finding traction in the western golfing strongholds of the UK and the United States.

Honma, which began supplying equipment to Justin Rose in January 2018, is luring the top-end of mass market budgets with its new TWorld 747 range, but it can be hard for golfers to avert their gaze from Honma’s premium Beres IS-06 forged irons once they have caught the eye with cavity inserts like miniature gold ingots.

In the United States, Ping – which remains a family-owned business today, as it was from the beginning – was built on the ability of founder Karsten Solheim to craft one-of-a-kind putters for tour golfers in his garage in the early 1960s. Solheim certainly achieved yuiitsu muni and his heel-toe weighted Anser revolutionised putter design.

While Phoenix-based Ping continues to produce excellent golf equipment today, another Arizona company, Scottsdale-based PXG, has spent the last four years chiselling its own niche at the very top end of the market. PXG was founded in 2014 by billionaire GoDaddy founder Bob Parsons (PXG stands for ‘Parsons Xtreme Golf’), and inventiveness in irons clubheads put PXG on the map. The company injects a proprietary polymer into a forged, hollow-bodied iron and PXG promises this allows for “extraordinary forgiveness, increased distance and an incredible sound and feel”.

“We are in a different business than the other manufacturers,” says Parsons, a former US marine. “For PXG it doesn’t matter how much we spend. It doesn’t matter how long it takes or how many iterations. What matters is performance, sound and feel. Each one of those things must be right for us to consider releasing a club.”

Launched last spring are PXG’s 0311 GEN2 irons series, which were three years in development. Swedish LPGA Tour and Solheim Cup star Anna Nordqvist claims: “It literally took me two shots to fall in love with these irons,” which feature a new COR2 polymer injection, to dampen vibration and enhance C.O.R. properties (Coefficient Of Restitution),
or in layman’s terms, the spring-effect of the clubface).

PXG’s 0311 GEN2 irons fit neatly in the bag alongside the company’s striking 0311T Milled Wedges, which were launched in 2017. Uniquely, each 0311T wedge clubhead is 100 per cent CNC milled from an 11-pound block of 8260 soft carbon steel. PXG’s extremely precise CNC milling from scratch takes four and a half hours per clubhead, which is an age by modern golf manufacturing standards.

“I have always wanted to design an entirely milled wedge, but it’s a time consuming and expensive process,” said PXG’s senior designer Mike Nicolette when the clubs were launched.

Claims Parsons: “Performance is PXG’s only measure for success and we believe our milled wedges could very well be the best performing, most consistent wedge the golf industry has ever known. Every detail is held to the highest tolerance on a CNC mill and the finish is smoking hot.”

The 0311T wedges come with a choice of four sole grinds and lofts range from 46 to 60 degrees.

The latest release from PXG is its new GEN2 drivers, fairways woods and hybrids, launched in January and which succeed the company’s X Collection from 2017. New for GEN2 is PXG’s Hot Rod Technology, featuring a variable thickness carbon fibre crown on the clubheads to complement the honeycomb TPE insert and precision weighting system adapted from the X Collection. The multi-level, anti-glare crown serves as an alignment aid while PXG promises its stiffer carbon fibre construction will reduce energy loss at impact, thereby increasing ball speed and shot distance. Stronger support for the clubface should also tighten shot dispersion.

“With a bigger sweet spot, the GEN2 driver’s performance is insane and the consistency is unreal,” says PGA Tour golfer James Hahn, who was the first golfer playing PXG to win on the PGA Tour, when he claimed the Wells Fargo Championship at Quail Hollow with an X Collection prototype driver, in May 2016. “I can swing the driver a little faster and not worry about mishits because I know, even on a mishit, the ball is going to fly straight and go long.”

Good news for golfers is that thanks to up-scaling its production, PXG has managed to bring its premium pricing down a notch.

“PXG’s goal has always been to develop the world’s finest golf club technology,” says Parsons. “Initially our prices reflected what it cost to manufacture our game-changing clubs at low quantities. PXG’s growth has been tremendous and with that comes certain economies of scale. Our new pricing, while still premium, is exactly where it ought to be given our success.”

And finally, for golfers who would like to enhance their hardware performance with some aerospace-grade graphite tech, they could do little better than to return to the Land of the Rising Sun, where shaft specialist Seven Dreamers is continuing the Japanese speciality of golfing perfection at any cost.

Conventional manufacturing of graphite shafts requires the shafts to be wrapped in shrink tape for oven curing. Afterwards, when the tape is removed, the shafts need to be ground and polished. They can be susceptible to broken fibres, fibre voids and resin-rich spots; flaws that compromise the performance of a shaft.

This is why Seven Dreamers cures its shafts in an aerospace autoclave instead of an oven. An autoclave is the sort of machine used in the manufacture of parts that have to withstand extreme conditions, like the tiles on the exterior of a space shuttle. By applying six to 10 times atmospheric pressure to each shaft, Seven Dreamers promises the result is as close to perfection as any manufacturer could get. The process eradicates the need for shrinking tape and post-curing grinds and polish, and the company says the result is that the shafts are completely free of fibre voids and resin spots, thereby enhancing the energy transfer capability of each shaft.

All Seven Dreamers shafts are custom made and customers must complete an individual swing analysis prior to order, and before parting with a four-figure sum per shaft. It’s a lot of money for a graphite shaft but cheaper than a space shuttle.

Seven Dreamers, like Karsten Solheim, like Katsuhiro Miura and like Bob Parsons and his team at PXG, are pushing back the boundaries of golf equipment, taking the game into new realms of possibility. While they strive for perfection in their labs and factories, they are helping golfers get as close as they can to perfection in their own games. The golfer can hardly ever achieve perfection but the fun comes in trying; and anyway, ‘yuiitsu muni’ has never been easy to come by.