From Gaming to Training 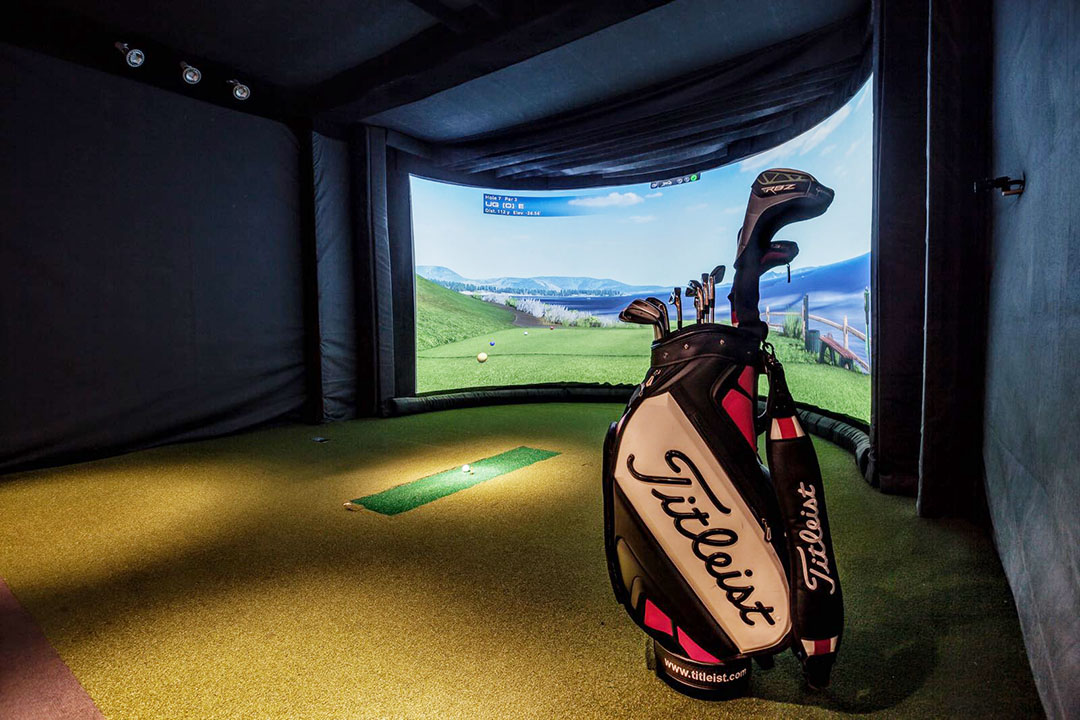 At first glance, when taking an evening stroll through its frenzied centre, Seoul is much like any of the world’s great capital cities. There are fast food joints, coffee shops, bars and shops, all of whose branding is familiar the planet over, while those that aren’t reproduce and ape the styling we’re all so used to.

Peer a little closer, however, and the differences reveal themselves. That’s when it becomes clear that the best fast food is cooked at tiny stalls which cling to the edge of the pavement, that the most popular coffee might be the one served in the cat cafe (quite literally a cafe where you go not only to drink beverages but also to play with pets) and you realise that the bars take great delight in being themed around bizarrely niche cultural icons (the 1960s pop act Peter, Paul and Mary, for example).

There’s something else too. High on the walls of these Seoul streets there is one neon-lit word unexpectedly repeated, flashing away at passers-by, seducing the sports fan up the stairs where he will experience a traditional sport in a way its Scottish pioneers would find utterly incomprehensible, but which Koreans find completely normal.

The word is ‘golf’ and the studios those golfers ascend to are often run by Golfzon, Korea’s leading producer of golfing simulators. Within their premises millions of rounds of golf are played every year, tournaments are fought over, two professional tours are hosted and hundreds of thousands of golfers revel in a virtual reality that they don’t believe is second-best to the real thing, simply different.

The emergence of this alternative form of the game slots neatly into the history of virtual reality, the origins of which hark back to the 1950s and Morton L Heilig whose ‘Sensorama’ and ‘telesphere mask’ were bold and imaginative precursors to the technology of today – wraparound headsets which take the viewer into a different place.

The actual term ‘virtual reality’ was not commonly used until the late 1980s when it was popularised by Jaron Lanier, a scientist who transformed the possibilities for the future and led where Sega and Nintendo, among many others, would travel. Gaming was at the forefront of this new technology and golf, it was soon obvious, was a sport which transferred perfectly to the computer.

It was Nintendo which first hit on the three-click power bar system which became standard, creating sufficient nuance in the playing of every shot to attract the ‘real’ golfer. It would eventually be superseded by a mouse-driven swing which took the process yet further. The arrival of Tiger Woods revolutionised the sport and his EA Sports games would reflect this, even becoming an integral part of his story. Alongside it there was another, perhaps more cultish, classic – Links. It was slower than Tiger’s game, but the noises of a golf course were lovingly recreated and nerds across the planet constructed their own courses or copies of the greatest layouts on the planet. Suddenly golfers could play pretty much anywhere in the world after a quick download. Wii Sports took it a step further, allowing players literally to swing their way to success.

And running alongside the rush of gaming there was another evolution that would impact on golf. The aeronautical and medical industries have always used simulators, typical examples being the flying of planes, surgery and even virtual warzones to help the sufferers of PTSD. The swift progress of such technology impacted on golf because the sport not only suited the flat screen, it was also a neat fit for virtual recreation – quite literally what happens when the practice net meets computer game and has a virtual reality baby.

It didn’t take those at the forefront of this technology, or the investors, long to realise the potential. Not only the sheer fun of suddenly playing any course in the world from a spare room at the clubhouse, the garage or a downtown bar, but the possibility that golfers might actually improve as a consequence.

In the United Kingdom virtual reality golf has now lost the initial stigma of being second class, as players embrace party nights out at the likes of Urban Golf or use the bays to sharpen their game during weekday lunch hours.

The success story of Urban Golf, founded in 2004 and still going strong in London’s Smithfield with a new Soho venue under construction, is based on its claim to have the “world’s coolest clubhouses” which mix golf, craft beer and cocktails.

But without sensational technology the tag line ‘Golf & Grooves’ would have withered on the vine: golfers demand a product that replicates the real thing even when having fun. In 2009 Urban Golf installed simulators created by aboutGolf and the reasoning was straightforward: Urban Golf’s Managing Director James Day believed the accuracy of the ball tracking was unparalleled, allowing golfers to shape shots and spin the ball in ways that indoor golf had never allowed before.

Such is the rapid progress of the industry that what was once an experience limited to commercial outlets is now quickly coming within the realm of individuals. The spare room, shed or garage are no longer where golfers leave their bag between rounds, but where, with an aboutGolf simulator installed, they can hone their game in all weathers, day or night, trusting a system that faithfully replicates their performance while they play the likes of Pebble Beach and St Andrews.

While the world had to rid itself of the indoor golf stigma, Korea never had such qualms and they remain ahead of the curve. “We’re taking fresh ideas and developing new technologies for the golf industry and golfers around the world,” says Golfzon CEO Park Gi-Won. “We’re growing an exciting new culture in the game.”

At one of their city centre cafes Kim Boo-Won, a 20-year-old student who had never played what the Koreans call ‘field golf’, happily took on the challenge of The Old Course in St Andrews.

“I watch a lot of golf on television,” he said. “But it’s very expensive to play here and I live in the middle of Seoul. It’s not easy for me to get out to the clubs and very few have been built anyway in recent years. In the cafes I have been able to learn quietly. I think I would be scared playing badly on a field course. Here I just have fun.”

Golfzon has nearly 6,000 outlets in Korea, but it operates elsewhere too and the numbers are persuasive. It has over 30,000 simulators at over 5,500 locations in 43 countries. The most recent figures report that there are over two million members and that 55 million rounds are played per year which works out at over 150,000 rounds every day. So far, so amazing, but here is where it becomes extraordinary.

There are 300 tournaments held each day and one of them allows amateurs from around the world to compete for the prize of an all-expenses-paid trip to a worldwide finale in Seoul at the Golfzon headquarters. Even beyond this the regular Korean weekday tournaments lead to weekend finals at this same location.

And then there is the GTour which has a ten-event schedule, attracts crowds who sit in mini versions of major championship grandstands, is covered by television and has a total prize fund of $1.3 million. There is also a women’s GTour, as befits a nation whose female golfers rule the world. It is a virtual world beyond the comprehension of many golfers and there are ‘field golf’ tours across the world which could not compete with these rewards.

It’s all a very long way from the very first stick golfers in computer games of the 1970s or from complex balls-on-string which could be hit from mats in the 1950s. Golfzon allows the golfer to hit from a mat which tilts to produce uphill, downhill and sidehill lies, which permits him or her to play anywhere in the world, against pretty much any nationality you could imagine. It is no longer ‘virtual’. Instead, it is a new reality and an exciting one too.